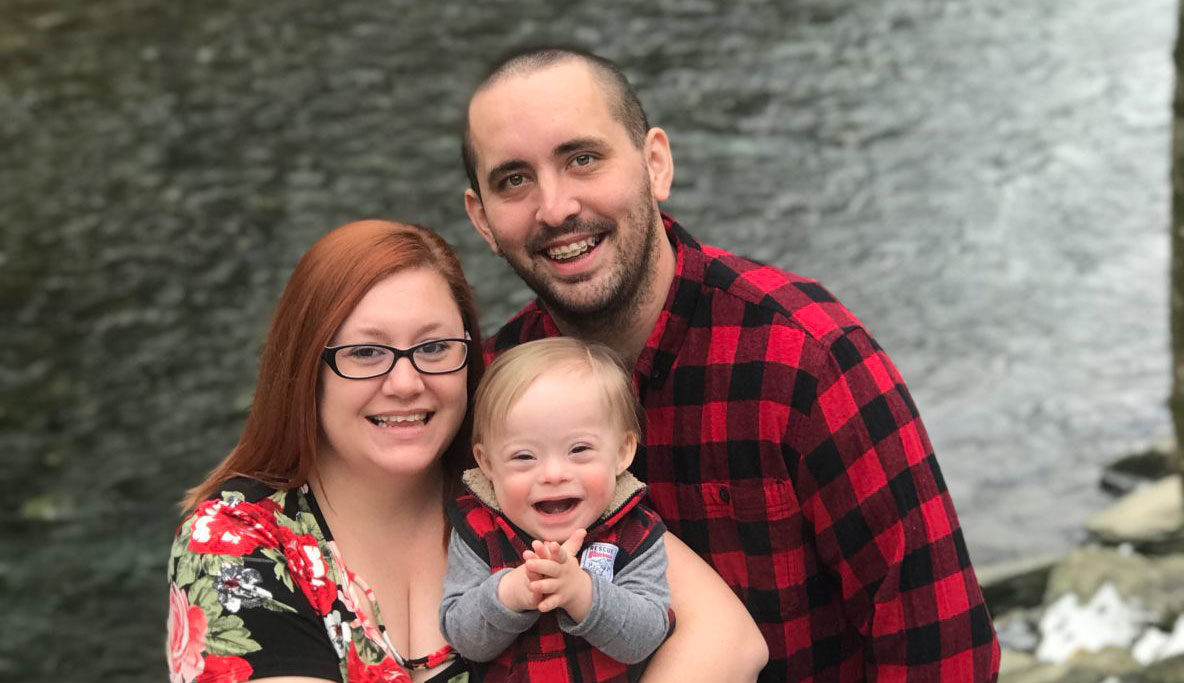 Did You Have Prenatal or Postnatal Down Syndrome Diagnosis

Post. We were told by his pediatrician roughly 12 hours after his birth.

Overall it was good. Lucas was five weeks early. I was in labor for 36 hours.

What Was It Like Bringing Home a Baby with Down Syndrome?

Lucas was in the NICU for a week due to pulmonary hypertension so bringing him home was both relieving and terrifying. Being a new mom, I was already nervous. After learning he has Down syndrome I was even more nervous because I thought he was more delicate and I was afraid of what people would think of my beautiful boy.

We have worked hard to get Lucas were he is now. He has surprised us every step of the way. My mindset is Lucas can do anything, and I refuse to let him or anyone else think that he can’t. It has been rough, having to go to several different therapists every week, but very rewarding! Lucas started walking at 20 months. After being told that he has a severe speech delay and starting speech therapy, he can now say mama, dog, and bye-bye and uses at least 15 signs to communicate. He was already saying daddy before.

Lucas loves being outside and water so we try to play outside and go swimming as much as we can.

If Your Child Has Siblings How Are Their Relationships with Each Other?

He is an only child.

His health has been our main challenge. He has three holes in his heart. After about a year of worry and many appointments and a cardiac cath, his cardiologist told us that he shouldn’t need surgery anytime soon.

What Are Some Good Surprises You Were Not Expecting About Raising a Child with Down syndrome?

How easy it is to forget that he has Down syndrome. He is just Lucas to me. A happy, funny, smart, typical two-year-old boy, who gives the best kisses, hugs, and cuddles. He has taught me to go with the flow and not stress the small things.

Not to worry about what others may think about him. There will be tough times ahead but the good days outweigh the bad. Throw the milestone chart out the window and try not to worry when he isn’t doing what other children his age are doing. It’s not a race, he will get there, and when he does, the feeling you get will definitely outweigh the worry you had before.

What would you tell a family whose child just received a Down syndrome diagnosis?

First of all, congratulations! This journey is amazing, and your child is an absolute blessing. (Pretty much everything I would have told myself when I found out.)