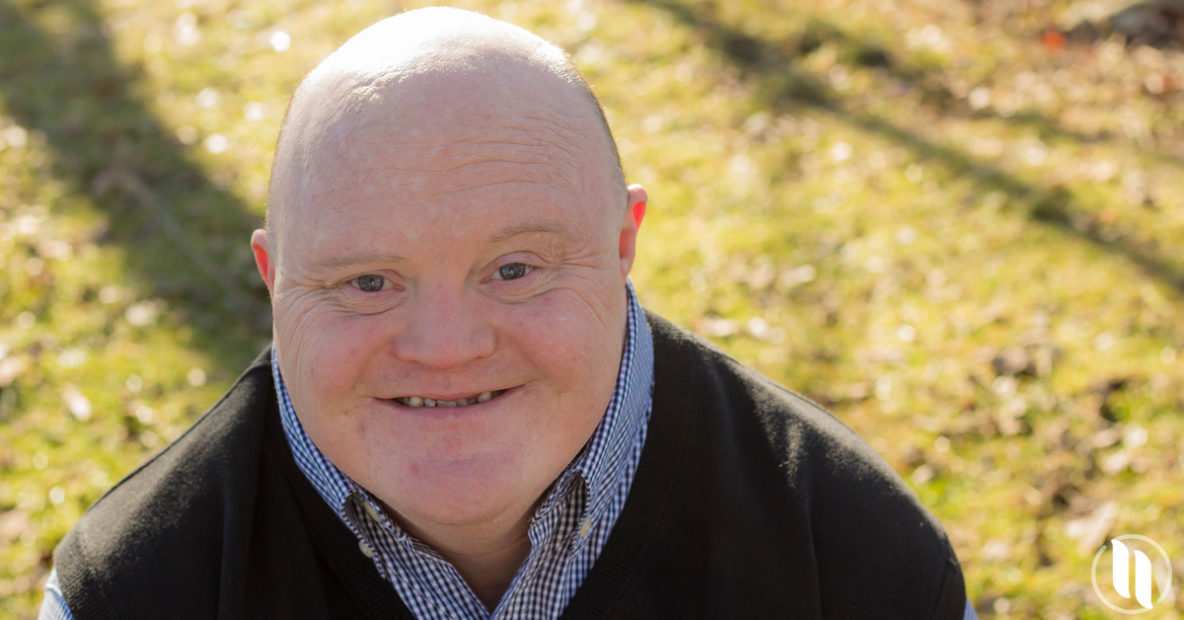 Are you a parent of a child born with Down syndrome, we’d like to hear your story. Click here to share your story! Also be sure to subscribe to the Hope Story Podcast on iTunes, or listen in on Spotify, to hear more inspiring stories of families raising children with Down syndrome.

It was shocking when my ob looked up at me and my husband saying he thought Jeremy had Down Syndrome. 15 minutes later, our pediatrician, which was an older doctor, walked into our room holding our son by his fingertips. The Dr. said, “these children have no muscle tone, been known to commit suicide, murder their mothers and if we were going to put him in an institution, to do it now.” Yep, that’s what we got! But God had other plans!! One of my aunts called my mom and told her about a family friend who was a Dr. at Egleston Children’s Hospital at Emory University Hospital who worked with children like Jeremy.

Mom got his number from the Doctor’s mom and she called him that evening. My mom told him what our pediatrician had told us and Dr. Blackston asked what she wanted to hear. He was so mad at what the pediatrician told us. He asked if we had other children and she told him yes, a 3 yr old son, Gabe. He said to tell us to treat him just like we did Gabe. He said Jeremy would do some things slow, some things on time, and everything Gabe did. He gave us the best advice, “but never treat him handicapped!!”

Thru the years, we have seen that come to pass, and Jeremy has always done things in his own timing! Sure, we had ups and downs, but more ups than downs!!

Jeremy had no medical problems.

From day one, Jeremy has had so much love from everyone he has met! Our home had company from the moment we got out of the car until 9 that night!!!

Jeremy had his days and nights reversed so he slept all day and stayed awake all night!! This went on about two months but we survived ?.

Jeremy sat up by 5 months, spoke very early, crawled at 10 months but didn’t walk until 27 months. He had no need to walk as he crawled so fast!! His early interventionist threatened to time his crawling as he was fast as lightning and would NOT put his legs down when trying to get him to try to walk holding his hands. He would hold onto to the chairs, sofa and walk. But when he decided to walk, he just got up and walked across the porch to the other end (about 10 ft) where Gabe was. His balance was perfect! He was a little slower with potty training which was about 4 yrs old.

We started him in K4 at a private Christian school which he received a lot of one on one help. He did K5 there also. It gave him such a good foundation as he started public school in 1st grade. He had wonderful teachers in elementary school in special education classes. He went to our local middle school for 6-8 grade which he was included in some regular education classes, pe, and chorus.

He attended high school 9-12 and was in a transitional class and had wonderful peer tutors thru the years.

Oh my, Jeremy has amazed us with so many things. I guess the most amazing is his memory!! If I need to remember to buy or do something, I just tell him about it and he reminds me!!

I have learned to never say NEVER!! He has done things in his own timing!!

We love to camp! He has his “mancave” in the bunkhouse room of our travel trailer.

We attend our local high school’s football game and he enjoys being the social light of the stadium! He grew up attending the games as his brother played in middle and high school. Gabe now helps coach the middle school football team and films for the high school team so Jeremy just walks into the locker room as part of the team.

Puberty years were a little stressful as those hormones kick in at the chronological age and that is a little tough trying to explain what is happening in his body.

But I worked on our local disabilities and special needs board and received a lot of suggestions to help him thru the process.

Don’t stress and worry about what he will be able to do!! Enjoy every milestone and take it one day at a time. If you have questions, ask!!! Especially now with the internet and groups like this! Every child is different and don’t compare with your other children. Each child has challenges and learn thru them.

First, congratulations!! You are in for the ride of your life!! You will learn so much from your child on the journey. I give them our phone number to call anytime they have questions or just need to talk. That is something we didn’t have at the very beginning. But as Jeremy started receiving Early Intervention at six weeks old, we met other parents and learned from each other. If you feel something is wrong with your child, don’t stop asking questions to your Doctor. You will always have to be your child’s advocate.